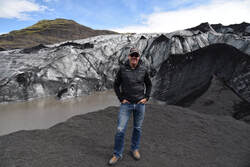 My current US National Science Foundation sponsored research is situated at the intersection of Paleoclimatology, environmental history and the economic history of the world since the end of the last ice age. I have been particularly focused on how high resolution ice core geochemistry can precisely date and analyze the impact of large-scale volcanic eruptions on drought patterns in monsoon-dependent regions.  Ice core Geochemistry is a very exciting and dynamic science that is now a major tool in the reconstruction of past climate, clearly demonstrating that large volcanic eruptions have been the principal driver historically of short term climatic change. I am now extending the work using multiple climate proxies to examine more broadly, integrated with historical and archaeological data, climate change on different scales over the last ten thousand years.

For a start on the techniques, read THIS on the great work by Joe McConnell and his former post doc at DRI/Reno Michael Sigl now in Bern. Their pioneering article that appeared in Nature in 2015 is HERE. For a nice piece explaining the connection between volcanic eruptions and climate forcing, reconciling model data with climate proxies, see Emile Julien-Geay (USC) and Kevin Anchukaitis' (Arizona) essay HERE.

I am the principal investigator of a US National Science Foundation project that has been working on understanding the impacts of explosive volcanic eruptions on the Nile watershed (See the link to our NSF-funded research below).  We have so far focused on the Nile River and Ptolemaic period in Egypt but we plan to extend our work through Late Antiquity and to examine the inter-regional impacts of climate change across the Mediterranean, Western Asia, and the Indian Ocean with particular focus on the Nile and Euphrates rivers.

I am currently at work on a major monograph on the examination of the interaction of humans and their environments and adaptation to climatic change on various scales from the Neolithic to the present. I discuss some of the issues with Dagomar Degroot and Emma Moesswilde from Georgetown on their Podcast:

The website for our current NSF-funded project that is integrating Paleoclimate data with historical data from (primarily) the Ptolemaic period in Egypt (305-30 BCE) is HERE.


NEW PAPER on the OKMOK eruption (43 bce) is HERE: and a short blog about it can be found on our project website HERE.

A nice essay by Clive Oppenheimer (Cambridge) on the paper is HERE. 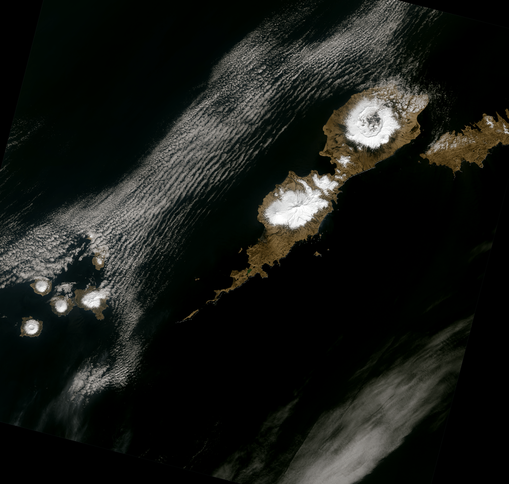 ​
Umnak Island, mid-Aleutian chain, Alaska, on a very rare clear day in the Aleutians. Okmok volcano is at the top of the image. [Image: NASA Earth Observatory, 20 October 2017, LANDSAT 8 - OLI]. On the recent work suggesting that the six volcanoes to the southwest of Umnak island might be part of a single, much larger volcano, see this report. Super exciting work